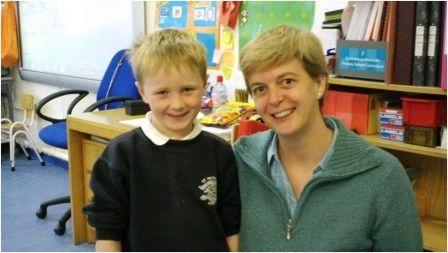 My name is Tadhg. This is a photo of my Auntie Orla and I. She is a principal in the Loreto School in Sudan. She talked to my class about her school. The childen there have no chairs or tables, they sit under a tree to learn. They have very little food. They have two goats and a cow. Orla is home on holidays for the summer. I gave her courgettes that I planted. 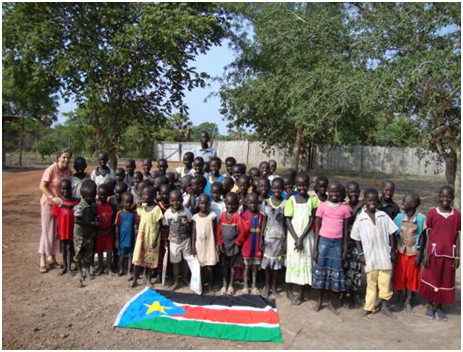 On Thursday the 7th of June Sr. Orla Treacy came to our school to tell us about the Loreto School in Rumbek. She told us about the children and how hard their lives are compared to ours. At the moment, they are raising funds to open a new primary school. The young children don’t have classrooms, they have benches under a tree and a blackboard with chalk. They have already built a secondary school. All children in the school are happy because they don’t have to look after their little brothers or sisters all day and they don’t have to work at hard jobs. So anytime you’re Mum or Dad asks you to look after your little sister or brother or to do chores, think about the children in Rumbek…..

We hope that we can raise enough money to help them. 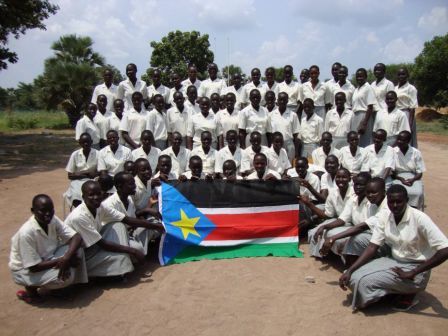 On Thursday the 7th of June Sr. Orla came to our school and told us what was happening in South Sudan. Sr. Orla told us how they live and shocking stories, like one about a seven year old who has to look after her little brother. She told us that when a man wants to get married to a lady he has to give her family enough cows to get married to her. Every year the men have a milk drinking competition to see who can drink the most milk and it could go on for four months. Sr. Orla told us that the children have to drink dirty water and their tummies sometimes swell up. They have no electricity and very few clothes. They are also very welcoming people and really want to learn.

We are trying to raise money to build a new primary school for them.